Improve PASC symptoms with your thinking. Living with PASC symptoms can generate negative or unhelpful thoughts. These thoughts may be about the way COVID-19 has affected your life, about how PASC symptoms have changed the way you see yourself, or about how things will be for you in the future.

What you think can similarly contribute to a worsening of your symptoms. Negative thoughts produce negative emotions which in turn influence how pain and fatigue signals are processed in the brain. This can make pain and fatigue worse.

The goal of this Reframing module is to help you learn how to change unhelpful thoughts so that they do not get in the way of living your best life. You may not be able to directly change your symptoms or your emotions, but you can change the way you think.

Our ability to think about and understand our life experiences is one of our greatest strengths. However, just like so many strengths, it also carries the risk of getting in our way. Our hope is that the ideas shared in this section will give you the first steps towards focusing your thoughts on supporting your wellbeing.

The ability to change your negative thinking is a skill that improves with practice. You get out of it what you put in. 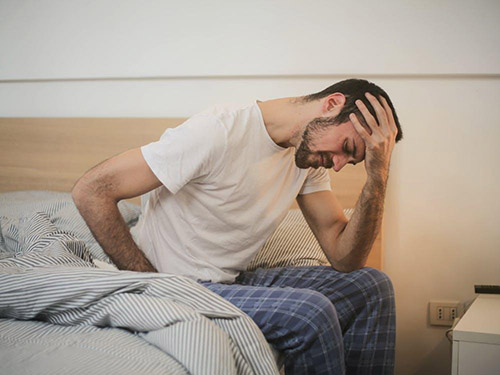 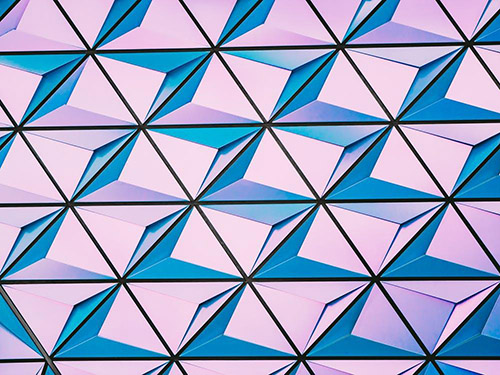 What Are Negative Thought Patterns? 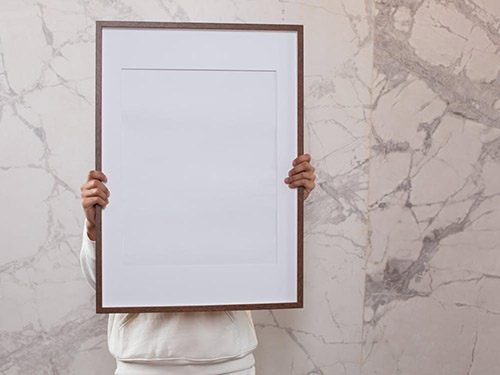 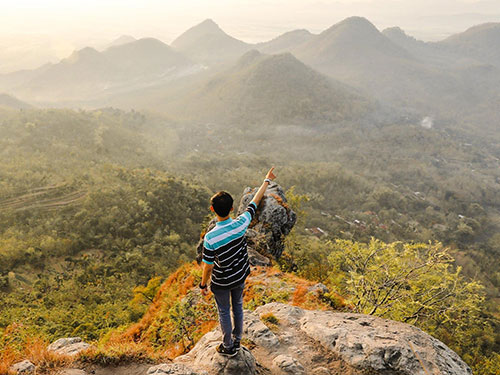 How to Reframe Your Thoughts 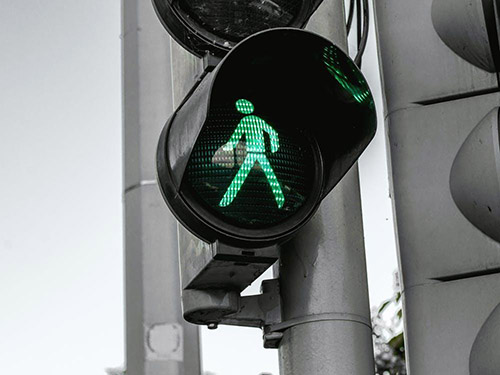 What is Letting Thoughts Go? 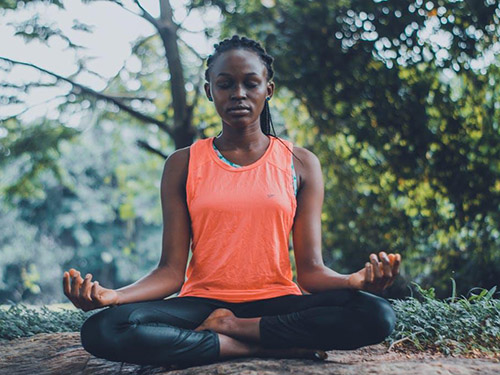 How to Let Your Thoughts Go 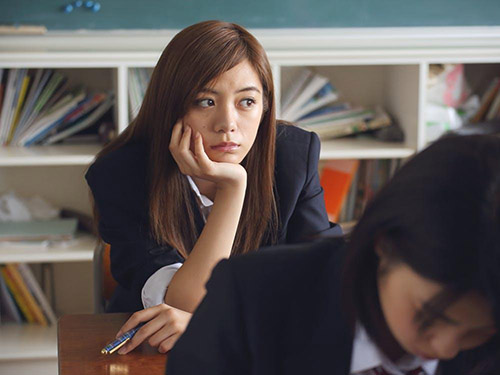 How to Think Helpful Thoughts 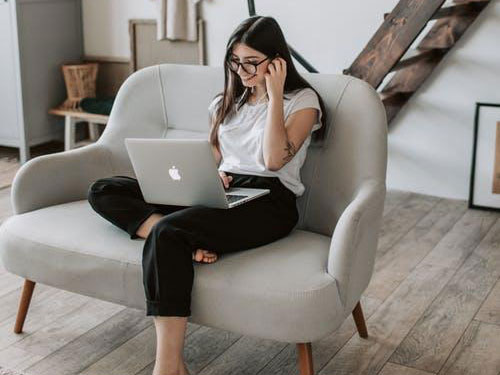 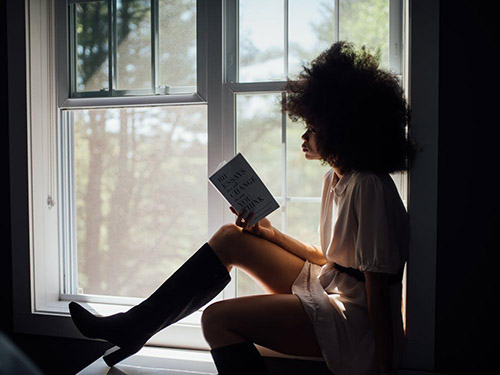 Further Reading and Other Resources

When you first learn how to drive a car, ride a bike, or kick a soccer ball, it can be difficult to coordinate all the necessary behaviors to produce the desired performance. Over time however the behaviors become more skillful and the need for thinking about each part of the task becomes unnecessary. When you can free your mind from concentrating on a task and just simply do it, we call this "automatic thinking". For many situations, automatic thinking is a good thing as it is highly efficient thinking and frees up our mind to focus on other important matters or to get more enjoyment out of the task we are doing.

Automatic thinking, however, can have a downside when it comes to pain and other symptoms. When you first became sick, you may have tried to avoid tasks that would make you feel worse or spread the infection. This might include avoiding social outings, cutting back on exercise to simply rest and sleep. We learn that these avoidance behaviors are necessary to get over the infection and not spread the virus further. By avoiding normal activities, we are eventually able to recover from the acute illness. We might also think about how awful the pain and other symptoms feel and how limiting they can be for our life plans. With time, thoughts about avoiding activity to avoid pain and other symptoms become automatic.

Easier said than done. Because automatic thoughts evolve out of learning, it can be quite difficult to challenge these thoughts and retrain your mind to think differently. Automatic thinking can be categorized into specific thinking styles – all of which produce efficiency in thinking but potentially unwanted negative consequences when it comes to managing your symptoms.

What Are Negative Thought Patterns?

We know that negative automatic thought patterns make negative outcomes more likely and positive outcomes less likely. We also know that negative thoughts are related to having worse pain, worse fatigue, and worse depression. Importantly, they set us up for how we react to new problems or opportunities. If you believe that your pain and other symptoms will never get better, you are likely to be skeptical about opportunities to improve your symptoms. Of course, then any efforts for improvement run a higher risk of failing for you. Worse yet, you might even choose to skip an opportunity to better manage your symptoms if you think that getting better is impossible.

Here are some examples of negative automatic thought patterns:

Note: When we discuss the importance of monitoring or changing negative automatic thinking, we do not mean to imply that you should be blissful about your symptoms or think unrealistically. Quite the contrary. It is best to be heavily grounded in the reality of your life situation which oftentimes is not as awful as your negative automatic thoughts would have you believe. The intent here is to:

An important strategy for managing thoughts is called "reframing." A person who uses this strategy works to balance their way of thinking so that it is not overly negative. This requires three key steps:

The next step is to come up with different, more accurate thoughts based on other evidence that is being ignored or forgotten. If the person in the rain example noticed that: (a) it has rained for six straight days, but (b) it was sunny before that, (c) it is a rainy time of year, and (d) it rained for 11 straight days at this time last year before there was a sunny day, they could come up with a more balanced thought. A more accurate thought could be, "Even though it feels like the rain will never stop, it is actually common for it to rain a lot this time of year. It will eventually stop raining." This way of thinking has the benefit of being more accurate and less emotionally upsetting. Training yourself to use these more balanced thoughts as automatic thoughts can reduce emotional negatively and thus lessen symptom intensity.

Here are some examples of reframing that relate to coping with pain and other symptoms:

It is important to know what reframing does and does not accomplish. Reframing is not about creating an artificially positive or fake scenario. Just as we do not want people blowing negative thoughts out of proportion, we do not want anyone to pretend everything is fine when it is not. Instead, reframing is about having thoughts that more accurately reflect the evidence. Most importantly, this more balanced prediction typically means thinking about a better, or at least "less negative" outcome.

How to Reframe Your Thoughts

There are four steps to reframe your thoughts:

Learning to reframe your thoughts takes practice over many days and weeks. As you practice noticing, questioning, and changing your negative automatic thoughts, it should become easier.

To practice these steps, create a flow chart like the one below.

STEP 1: Identify a specific situation that causes you to have negative thoughts

What is Letting Thoughts Go?

Automatic thoughts become problems when we believe the thought, hold on to that thought, own that thought, and make life decisions based on the thought. For example, let's start with a sample thought:

Letting thoughts come and go is a skill that takes practice. With enough practice, a person can become very skilled at letting thoughts pass through their minds without being affected by them.

How to Let Your Thoughts Go

Following the steps below will allow you to practice the very basic skill of noticing and letting go of thoughts.

Step 1: Adopt a relaxed posture, whether you are sitting or standing. Pay attention to how you are breathing. Close your eyes if possible. Ask yourself "What am I experiencing right now?" Think about your emotions, what you are feeling in your body, and what thoughts you are having.

Step 2: Start to imagine that you are experiencing your thoughts in a new way. For example, if you are having anxious, racing thoughts, imagine that your mind is like a monkey jumping from branch to branch. Each branch is a new thought that you can just notice and let go of as you jump to another thought. Or, imagine your thoughts as speeding trains coming into and leaving the train station. Perhaps instead of racing thoughts, you have a thought that is stuck, like a boot stuck in thick mud. As you observe your thoughts in a new way, picture the imaginary screen in detail and continuously bring your focus back to your body; notice your breathing and what you are feeling in your body. Whatever imagery works best for you, imagine your thoughts to be something else (a monkey, train, boot, or something else) and just observe them. Just notice the thoughts and their effects on you. Notice that they are just thoughts. And then let them go. Allow the monkey, train, boot etc. to dissolve.

How to Think Helpful Thoughts

An additional strategy is to deliberately think positive, realistic, helpful thoughts. When feeling stressed or uncomfortable, you can coach yourself through the situation by focusing on thoughts that you find reassuring, centering, motivating, or helpful. These are sometimes called "coping thoughts".

For example, think about how these thoughts might make you feel physically or emotionally:

These thoughts tend to promote positive feelings, make you feel hopeful, and help you cope with symptoms.

Further Reading and Other Resources

Reframe Your Thoughts with the Help of a Doctor

If you would like more help with working with your thoughts, ask your primary care provider, specialist physician, or other trusted provider for a referral to a psychologist, social worker, or counselor. You can request a therapist trained in health psychology and cognitive-behavioral therapy (CBT), which is focused on changing thoughts and behaviors, or Mindfulness-based interventions or Acceptance and Commitment Therapy, which are focused more on letting go of thoughts and continuing your desired life path. 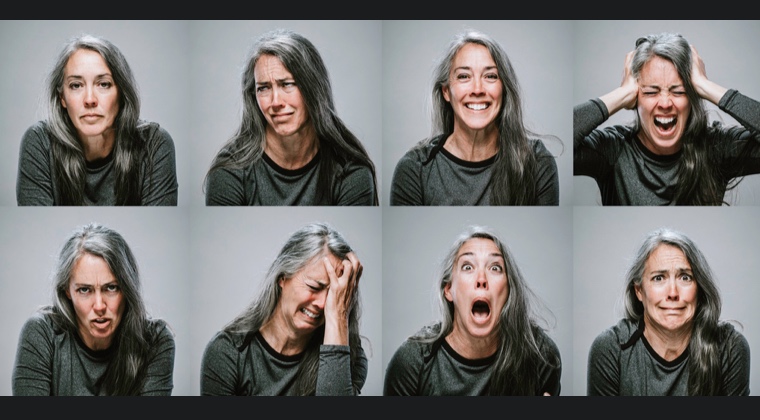 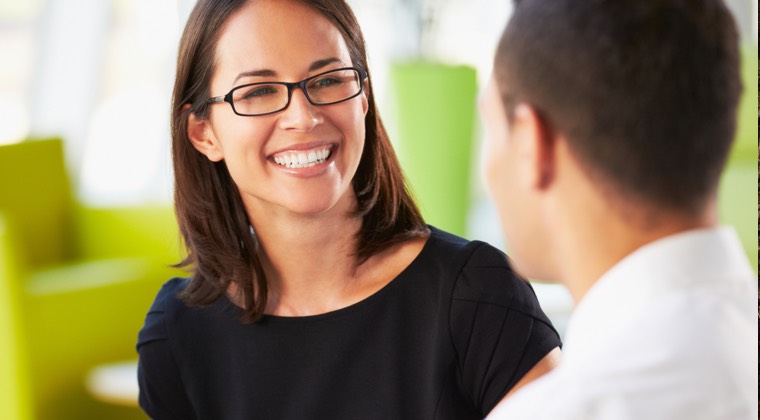